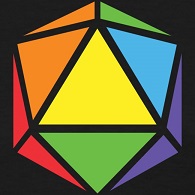 Wizards recently released an article about their plans to be more inclusive with D&D, and how they plan on improving their books going forward.

Part of what people had problems with were the treatment of the different races in D&D.

Here on Earth, when we talk about race, we’re basically talking about your ethnic background. In the real world, your race references what part of the planet your ancestors came from. The number of categories we place people in may change every now and then, but that’s pretty much it.

We’re still all human here. Science has yet to determine any meaningful difference from one group to another.

Now, if we were to hop over to Toril, the main world featured in most of the current D&D line up, we’d see things a little differently.

Race doesn’t necessarily mean where your ancestors came from in the game. Elves, dwarves, orcs, and halflings aren’t ethnic groups of humans, they are all completely different species.

In addition to being different species, they all also have different origin. Elves, having fey ancestry, came from the Feywild, the dwarves believe they were forged by Moradin in the Soulforge, and humans may have actually come from Earth (or at least some of them did).

Unlike in the real world, there are actual physical differences between the races in D&D.

The role of religion in race

Regardless of whether you believe we were created or evolved, it happened so long ago as to make the specifics meaningless to today’s society. If there was a purpose to our creation, nobody today knows what it was.

Here on earth, if there are any gods, they have been mostly absent for the last several thousand years. That’s not the case for most fantasy worlds, including Toril.

Two of the races that were specifically mentioned in Wizards release, the orcs and the drow, have histories and cultures that are directly tied to their gods. Both involve Corellon Larethian, the main god of the elven pantheon. In each case, the chief gods of these races had a falling out with Corellon. For the drow, it was his wife, who would later be named Lolth, and for the orcs, it was Gruumsh, who was cheated when the gods chose territory.

In both of these cases, the races were shaped by their god’s anger and need for vengeance, and unlike our world these gods never left. There is no questions as to whether the gods are real, because they are ever present, and make their wishes known to their followers, sometimes in very direct methods.

This means that in most cases, the race isn’t evil because they are genetically predisposed to being evil, but because they have an evil god telling them to be evil, and a society put in place by said god that ensures that they continue to be evil.

Knowing that, it also means that the only thing keeping drow evil, is Lolth and her followers. If a drow manages to get away, there is nothing stopping them from being heroes. Drizzt Do’Urden is a prime example of this.

So, what does this mean?

On Toril, Drow are bad because Lolth is bad. Their society is objectively evil, and filled with slavery and violence. Other peoples are generally right in their fear and persecution of drow because Lolth is so controlling that very few good drow manage to stay alive, let alone successfully escape drow society.

But that’s only on Toril. Other worlds can be different. Lolth doesn’t have any power in Eberron and in Wildemount, the drow rejected her in favor of a different god.

Future supplements may feature good orcs, evil dwarves, or any combination of any alignment and race. Which I agree with. Different worlds are going to have different histories, and different gods. This means that the different races are going to interact in different ways.

Besides, if you can have evil members of pretty much any other race, why wouldn’t you be able to have good members of what were traditionaly considered “evil” races?

OK, but what about just the humans

In the past, they’ve released supplements like “Oriental Adventures”, which included a few stereotypes that people didn’t like, as well as use of the wonton font, a thing that makes many Asians groan when they see it, to the portrayal of religion and some of the classes.

Today, we have the Vistani in Curse of Strahd. The Vistani are essentially Romani people, and their portrayal both in the past, and in the current books, relied on many negative stereotypes.

Going forward, they have stated that they want to rework how these, and other cultures based on real world peoples, are written.

You can maybe excuse the earlier works as being written before the internet made it easy to fact check by a small publisher and people that just wanted to play what they saw in kung-fu movies of the time, but that excuse really isn’t going to work today.

What this means for the future is that hopefully, as they release new settings, they aren’t just cookie cutter generic fantasy worlds. Each one can be built with it’s own rich history, and their own take on the various races.

It should also mean that as they expand Toril off the main continent of Faerun, we’ll be getting better versions of Zakhara, which was based on A Thousand and One Arabian Nights, Kara-Tur, of the afore mentioned Oriental Adventures, and Maztica, which was based on Native American cultures.

It means less boring settings, and better depictions of other cultures. And lastly, it means absolutely nothing has to change at your table if you don’t want it to. Players at my table have had non evil orcs for years (I started this world way back in 2E), and I’ve never had any players complain about it.

This doesn’t mean that they are erasing the history of these races, or that in all the new books, everybody is going to be holding hands and singing. Even in my world, there is tension between the orcs and other races, often leading to war, but it has more to do with the worlds history than alignment.

I guess the Tl:Dr; version of this is, do what’s right for your own table. If you want evil races, then have evil races. If you want the races to have the options, then go for it. Just make sure it makes sense for your world and your players are happy.